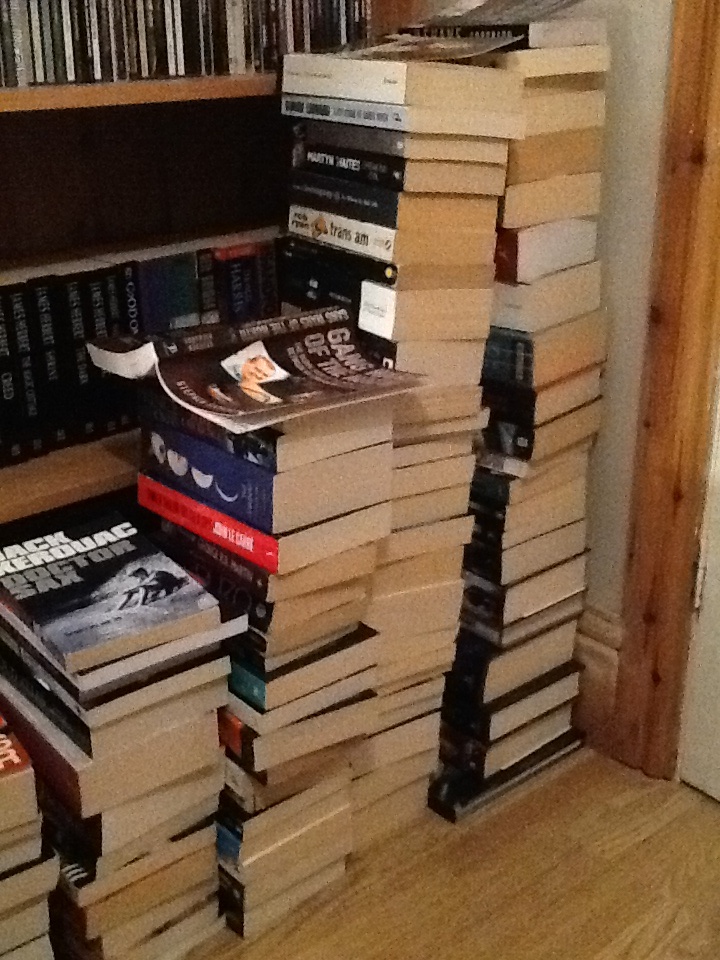 That’s a picture of my to-read pile. It gets bigger and bigger, no matter how many books I get through. I keep telling myself to stop adding to it, and then I keep ignoring the little voice that says that. Plus, I work in a bookshop which makes things difficult, and it’s a second-hand bookshop so they’re all a little cheaper than they would otherwise be. That being said, most of the books there I already owned before I started working at the shop and I’ve had for a couple of years now. I’ll get round to them all, eventually.

I have, however, made a smaller, offshoot pile of books I will read next, and the order I will do that in: 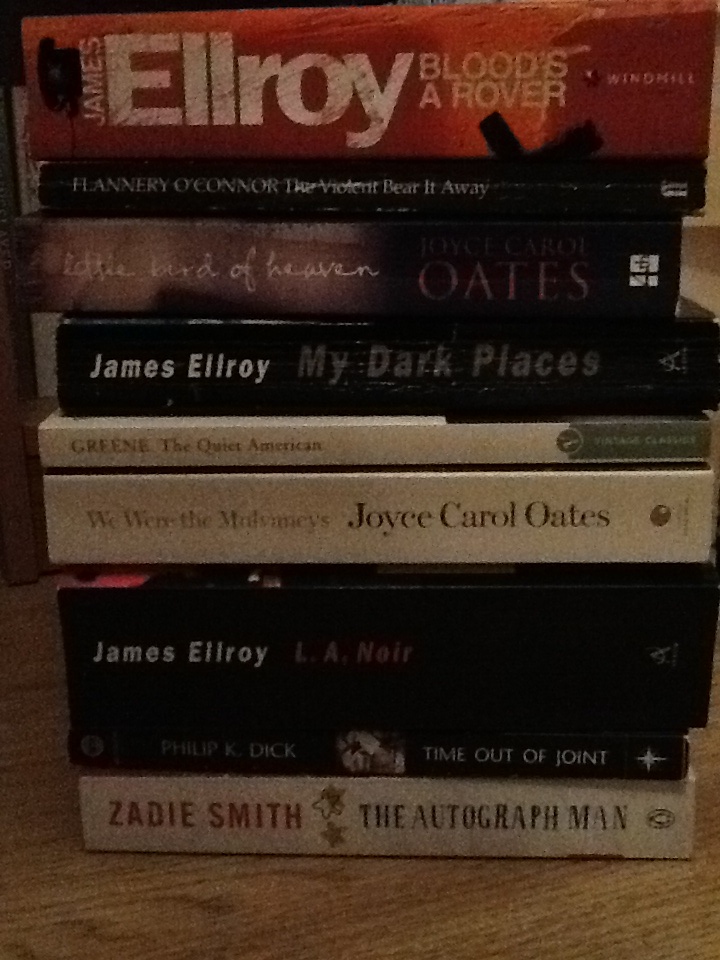 It’s mostly a mix of James Ellroy and Joyce Carol Oates, though not exclusively. There’s some Flannery O’Connor and Philip K Dick in there too. But I’ve focused on those two as I’ve chosen the authors whose voices I most want to be in my head during the course of the next few months. I intend to stay very busy this year, and I’ve got a lot planned. It might sound funny but I’m looking at this as a very formative year in my writing career, especially as I’ve just ventured out into the murky and unknown waters of self-publishing. This is an exciting time for me and I have to remain focussed and all energy must be upon my writing in every way, shape and form, and that includes who and what influences me. At the minute I’m reading Geek Love by Katherine Dunn. Look close enough and there’s certainly a connecting theme/thread running through these titles. I also want to get some Harry Crews into that pile too. I read A Feast of Snakes at the beginning of this year and that is most certainly a voice I want more of. See what I was saying about struggling to bring down the size of my to-read pile?

As an aside from all the writing and reading, I saw Birdman this week, thought it was awesome,enjoyed it a lot and found a great deal to laugh at in it. Stylistically it was fantastic too, giving the impression of it all being one long take made the whole thing fly by, it certainly didn’t feel like it was as long as it was. ‘Look at you, gravity doesn’t even apply to you, motherfucker’. Off to see Foxcatcher this week, expect it to be very, very different, but hopefully it’ll also be very good.