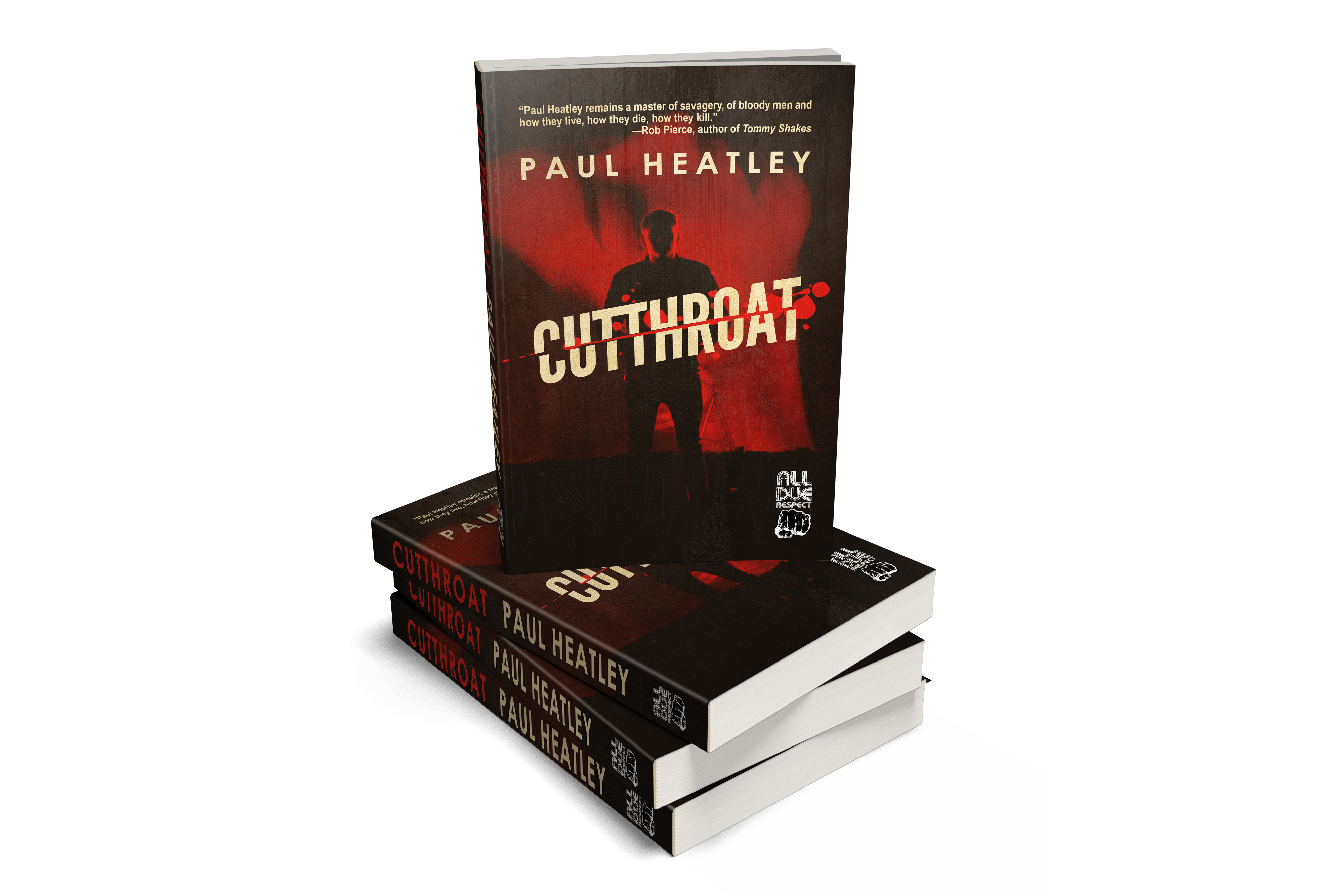 Cutthroat is currently on sale as an e-book in the UK for just 77p and in the US for only 99c! It’s not going to get any cheaper than that, so if you’re an avid e-reader user and you’ve been on the fence about checking it out, now’s the best time to do so! Also worth pointing out that the paperback price looks to be slightly reduced too, if you prefer a physical copy. If you decide to check it out it would be great to hear what you think about it, too. Here’s what it’s about:

‘Newcastle, 1978. John is sleeping with Mary. Mary is married to Daniel. Both men work for her father, the Top Man. Daniel is his son-in-law, next in line to take over his little empire. John is muscle. The Top Man orchestrates robberies—banks, pay rolls, anything that will bring in some easy money. When Daniel discovers his wife’s illicit liaison, he wants John dead. The Top Man signs off on it.

But John’s a man you only get one shot at. When Daniel happens to botch that one shot, then everyone involved needs to watch their back. Because John will be coming for them, and he won’t stop until he’s taken revenge on every last one involved in leaving him for dead.

“Paul Heatley remains a master of savagery, of bloody men and how they live, how they die, how they kill.” —Rob Pierce, author of Tommy Shakes

“Heatley is becoming a master of American noir in the vein of Jim Thompson and James M. Cain.” —David Nemeth’

How I basically describe it is as my version of Get Carter as written by a Geordie Richard Stark, set in late 70’s Newcastle-Upon-Tyne.

And here’s the link for the US: