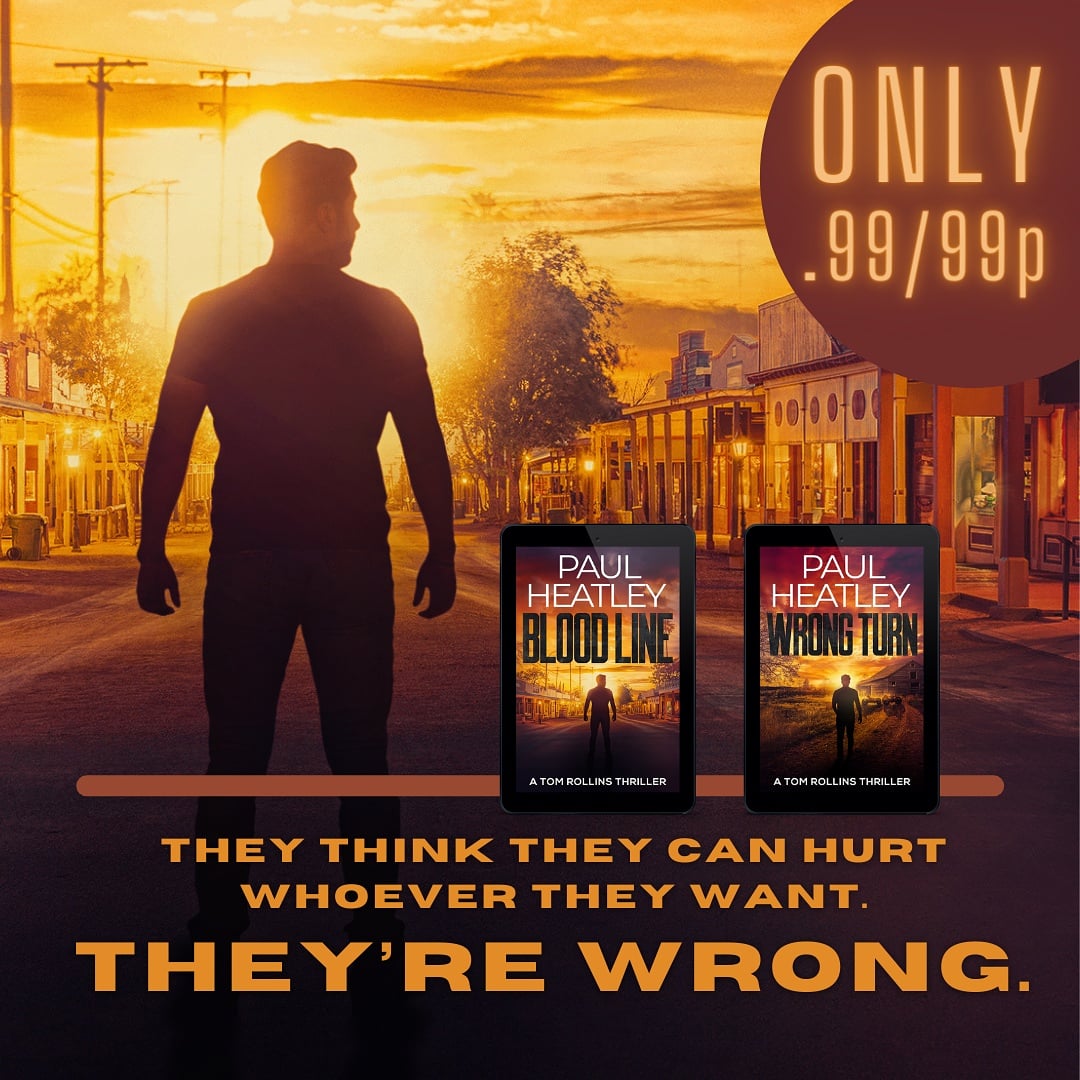 So next week (Saturday 21st) sees the release of not just my thirteenth book, but also my fourteenth! Books one and two in the new Tom Rollins series from Inkubator Books (spoiler, I know, it does kind of foreshadow that he survives the first one) are both available for Kindle pre-order right now, and I’ll be posting both US and UK links for both titles below. Paperbacks will likely become available on the day of release. These first two will see him going up against mercenaries, a biker gang, neo-Nazis, and more! Check out the descriptions, then hit the links at the bottom:

He’s quiet, ordinary looking. But if you cross him – welcome to your worst nightmare.

Tom Rollins has gone AWOL from his CIA black-ops unit and is living off-grid when he hears that the woman he loves, Alejandra, has been murdered by a person or persons unknown.

Rollins is determined to punish her killers and sets out on his own personal search and destroy mission. Applying pressure as only he knows how, he quickly discovers who was behind the killing – a vicious gang of hardened criminals.

Using his dizzying array of lethal skills, Rollins begins to take out the leaders of the gang, one by one. But then he discovers that Alejandra’s murder was part of a larger conspiracy, one that threatens death and destruction on a horrifying scale.

The conspirators are clever and ruthless. They’ve thought of everything, covered every angle. Except one – Tom Rollins.

A lost town controlled by a ruthless family. Now one man stands against them.

Fugitive ex-special forces operative, Tom Rollins, is en route to Mexico when he is forced to detour into the small town of Brenton, Texas, a place whose glory days are far behind it. A powerful criminal family, the McQuades, runs things now and they don’t take kindly to strangers. When some of their thugs try to intimidate Tom, he pushes back – hard. The McQuades can’t stand for that – they have Tom beaten, arrested, thrown in jail. If that was all they did, he’d probably let it slide, just leave town. But tough guy Earl McQuade makes a fatal mistake – he steals a pendant from Tom, a piece of jewellery given to him by the woman he loved. Tom wants that pendant back and he’ll do whatever it takes to get it.

The McQuades have powerful allies – corrupt politicians and law enforcement, a lethal biker gang, a small army of foot soldiers. They’re not worried about Tom – one guy against all of us, what he can he do? They’re about to find out.