There’s a girl I work with always uses that as a greeting, I felt like doing it myself. It sounds particularly jubilant, and I am in an especially jubilant mood – The Boy is available for purchase! Here’s the cover art: 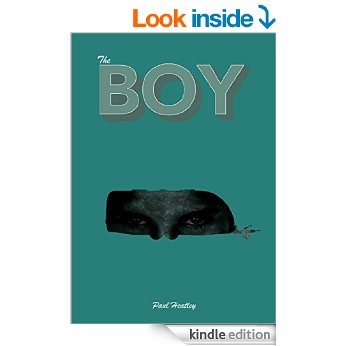 Once again it was designed by the fantastic Ben Shanks of Ben Shanks Design (he can be found on Facebook, though I’m not sure how easily).

This is the third in the very loose trilogy that began with The Motel Whore and continued with The Vampire. As with the other two it is a standalone tale but features some familiar faces from the other stories. Here’s the link:

To anyone good enough to give it a purchase and, especially, a read, I really hope you enjoy it. It’s the longest of the three, clocking it at over 21,000 words, in contrast to The Motel Whore which was roughly 13,000. I’m really proud of all three of these stories, and now it’s time to move on to new things, and new doesn’t always have to be scary, in this case I’m certainly treating it as exciting. As always, I’ll update and keep everyone informed.

Apart from writing, I’ve just finished watching the first two episodes of The Affair which has just started on Sky Atlantic, and boy were they good. Looking forward to episode three next week, as well as the start of Wayward Pines tomorrow. It looks like it has something of a Twin Peaks vibe going on, and as the cover photo at the top of this page will attest I am a fucking huge fan of Twin Peaks, so here’s hoping. Back to the affair, it’s also nice to see McNulty of the Wire back in a quality drama, as well as Major Rawls (sp?) and the guy that played Tommy in Arrow.