Okay. So. Starting is hard.

Ive started this blog to talk about my writing. It’s something I’ve been meaning to do for a while, but now finally feels like the right time. Why? Well, after years of stop-start attempts, I finally published my debut novella on Amazon Kindle. Here’s the front cover: 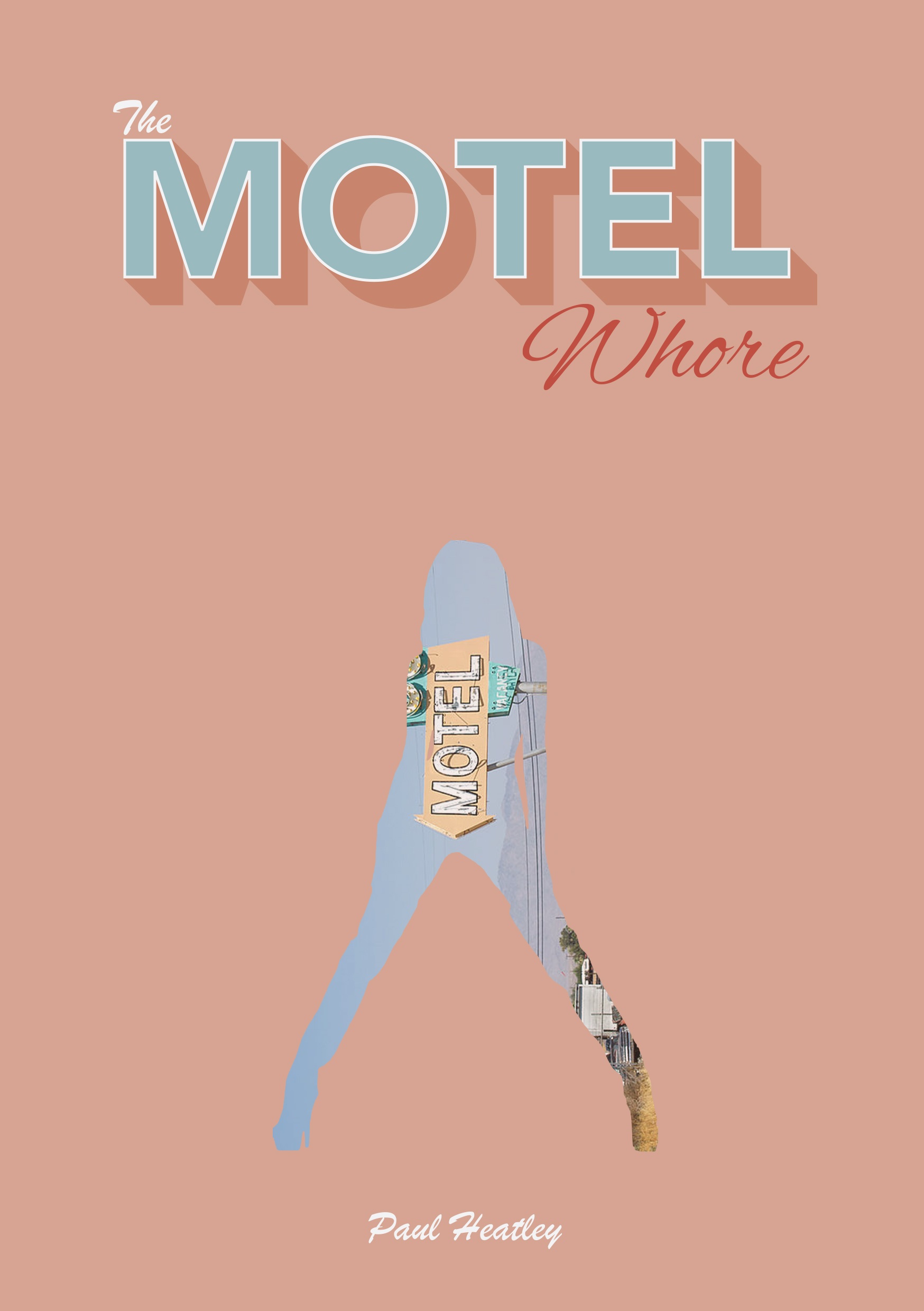 Pretty, ain’t it? It was designed by my friend Ben. He does great stuff.

The title is pretty self-explanatory. It’s about a prostitute that lives and works in a motel in an unnamed American town. Why America? I’ve been to America. I spent two weeks in Florida when I was twelve or thirteen. I don’t write about that America. I write about a dark and fictional America, an American pastiche of movies and books and music and comic books. Twisted Americana. I once read a review of The Wrestler that praised the movie for representing America as a dystopic wasteland, and that has always stuck with me. I apply it to most of what I write, whether it’s on that side of the world, or this. Sometimes that impression of a dystopic wasteland is more than an impression – sometimes it’s the ugly, scarred reality of the world. So that’s in there. It’s dark, it’s bleak, it has elements of the surreal. It’s a dirty nightmare. It’s the first in a loosely connected trilogy. There’s more to come.

Why self-publish? They say to write what you want, not what you think you should. That’s what I’ve done. It’s about 13,000 words, and that’s as long as it needs to be. I won’t compromise what it is and what it should be just to stretch out its word count in the hope it could attract the attention of some big novel-centric publishing house. That would be nice, but that’s not what The Motel Whore is. It’s its own entity, and that entity isn’t exactly publisher friendly. I wrote the story I wanted to write, and now I’m publishing it the way I want to publish it. It’s all about the story, and the story’s no good if no one can read it. Now it’s out there, and people can read it if they want, and if they don’t they won’t, but I’m proud of it, I’m proud of what it is, and I’m proud to be doing things my way.

And you know what? I guess writing a blog is like any other kind of writing. Once I got started, it really wasn’t that hard at all.